Born from a concept by Michele Guido in collaboration with Ryoma Nagasawa, the exhibition is a tribute to the career of one of the great protagonists of international contemporary sculpture, an artist who carried on, through environmental sculpture and installation, an ideal conjunction, formal and conceptual, between East and West, with a personal reflection that challenged with balanced tension the laws of static, establishing a relationship of direct continuity with a spatiality of architectural type.

"When time moves more slowly, a perfume crosses the empty space. When the perfume increases in intensity, zero-time approaches. The zero-time is the way that connects the two worlds" [Hidetoshi Nagasawa]: it is in this suspended limbo, the zero time, that the sculpture of Nagasawa is inserted generating space short-circuit activators of sense. Nature, architecture, composition, fullness, and emptiness are just some of the categories that can bring us closer to the importance of his research and of the thought that liminally runs through its choices.

The one generated by the works of Nagasawa is a synaesthetic vision, in which coexist, at the same time and on several occasions, all the senses involved in the vision.

L’ordine dei moti develops through a selection of works on paper and a great environmental sculpture, "Matteo Ricci", that Nagasawa realized in 2010 on the occasion of the anniversary of the fifth centenary of the death of Matteo Ricci, Jesuit, and mathematician, among the most important missionaries in Asia and forerunner of relations between East and West.

In the sculpture, eight marble and steel elements are intertwined in dynamic balance to form a cross lying on the ground, each arm of the cross turns towards the four cardinal points, tending upwards. Admirable expression of tension and conjunction between heaven and earth, the sculpture transcends the distance between past and present eternalizing itself in the continuum of space.

From a concept by Michele Guido, in collaboration with Ryoma Nagasawa

Only by appointment, Tuesday-Saturday 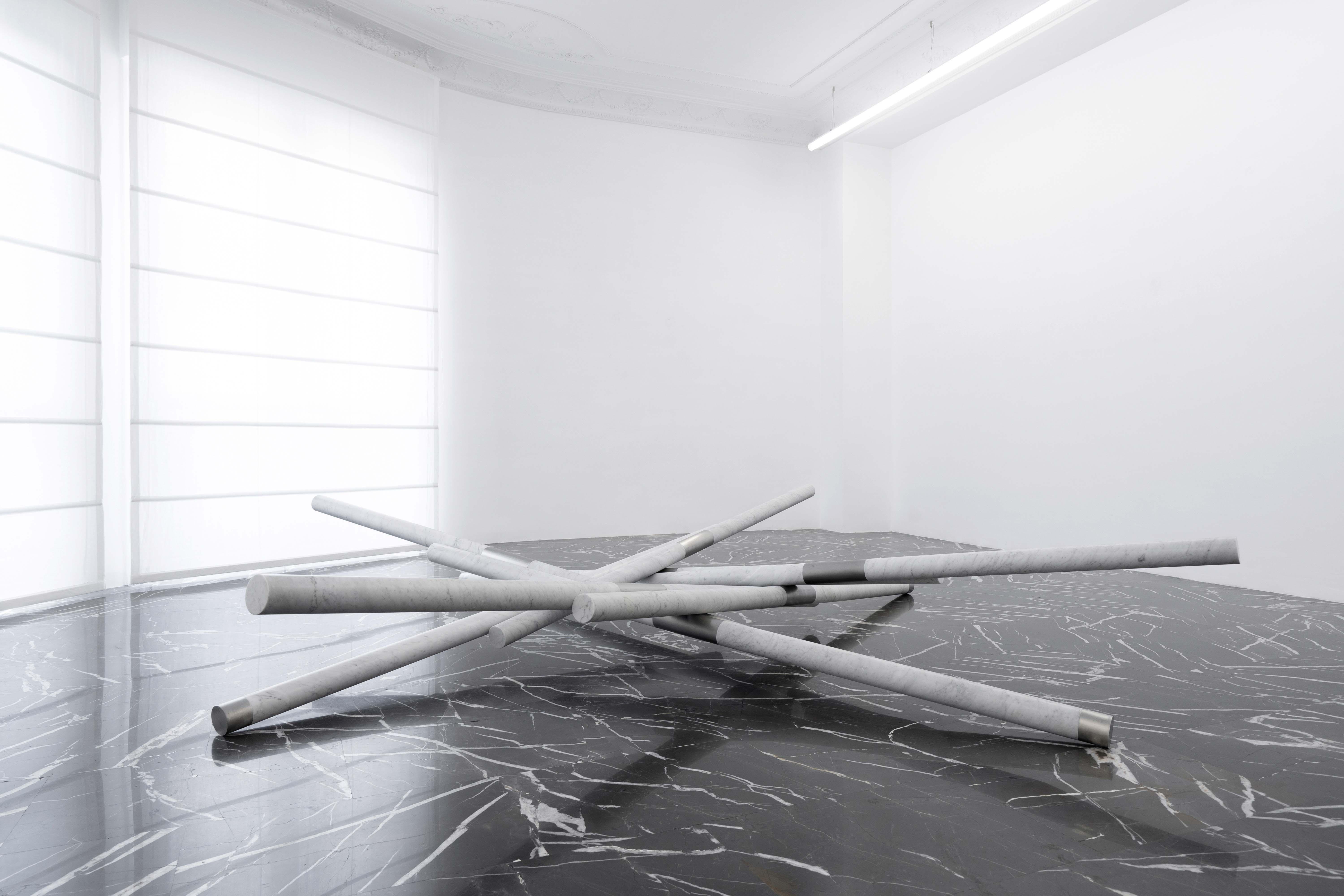